The town of the Zanfretta's case in the serial ‘UFO Europe’ 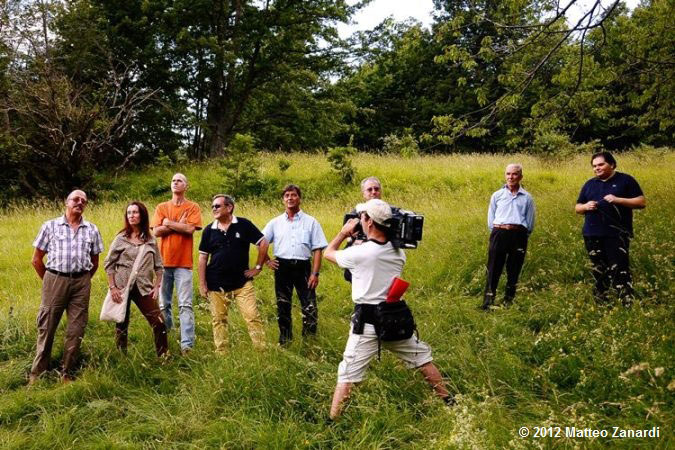 The National Geographic Channels broadcast worldwide a documentary movie about the mystery of UFO sighting at Torriglia, a small town up in the mountains around the city of Genoa, Italy. It is the Episode 5 of the serial ‘UFO Europe’, containing the episode completely shot at Torriglia on June 2012 by a television troupe directed by Matt Currington. The program is broadcast in England on Tuesday, December 11, 2012 at 8 pm in the British National Geographic Channel; in Italy it is broadcast on Thursday, January 3, 2013 at 9,55 pm in the Sky Channel 403.

In Italy, National Geographic chose three different locations for UFO Europe: Torriglia, Florence and Caronìa, in Sicily. Torriglia is quite famous because in her surroundings it took place the Zanfretta's case, one of the most astonishing alien abductions in the world. For about twenty years, from the first 1970s to the end of 1980s, many people at Torriglia have been eyewitnesses of very large and bright UFOs flying low in the town sky. In 1979, the Carabineers, the Italian military police, send to the Italian magistracy a report with 52 names of people who saw some UFOs flying over Torriglia. Between them, there was also the Torriglia major, Mr. Pietro Cevasco. Even Antonio Nucchi, the Carabineers officer who wrote that report, in the same period of time saw for two times a UFO.