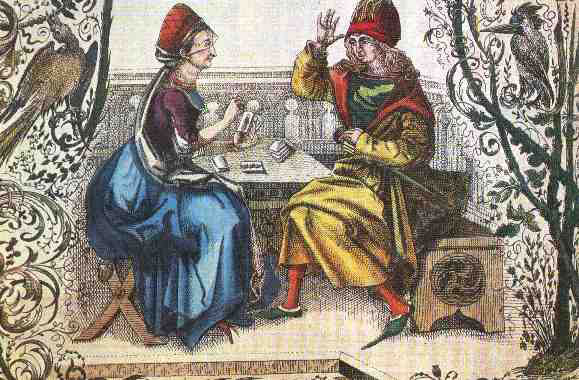 François-Marie Arouet, called Voltaire, usually said that case does not exist. The famous Parisian philosopher asserted that all that happens has its own reason to be. Perhaps human beings not always understand it, but it is sure that all of us are making part of a superior design that corresponds however to one advanced and mysterious logic. It's up to us, with our free will, to take an active part in order to modify those that seem the directives of the destiny. A point of view discounted for one of the fathers of the Enlightenment who was strained to explain the truth with the gift of the reason instead that with religious dogmas or through pretentious magical superstitions.
Since 1700 the scientific culture has made giant steps and today nobody believes any more that daily lived is something not changeable. The truth, even if sometimes is complicated, should be understood and explained in rational terms. The problem comes up when, despite any good will, it's impossible to give a logical explanation to some unusual event that happen to us. An expert in this trouble field is Ken Anderson, an Australian journalist who spent some years of his life to collect documentation on a great number of strange but true events in various countries.
All this stories constitutes the content of the book "Coincidences, chance or fate" published from the Blandford Book of London. In the book, that so far has not been translated in Italian, we can find a series of coincidences drawn from real life, with all names of the protagonists. There is a large number of examples. 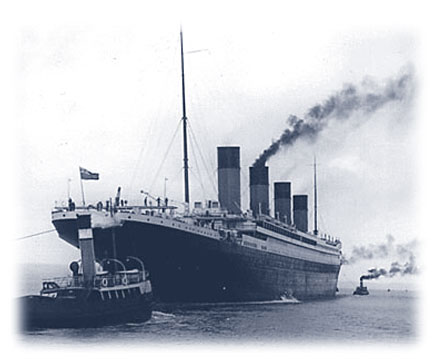 In 1892 writer W.T. Stead published a story about a large cruise steamer ship, virtue of the age for its technological characteristics, which in Atlantic sank after it crashed against a large iceberg. The few survivors had been saved by the Majestic ship of the White Star Liner, an unit which at that time indeed existed and that it was leaded by captain Edward Smith, later captain of the Titanic. Laughing of his own premonition, Stead was aboard on the Titanic for the first inaugural trip towards New York and, irony of destiny, he was just between the victims of the shipwreck who happened on April 14, 1912 when the hull of the great ship came ripped by the iceberg.

The boy who has been heated 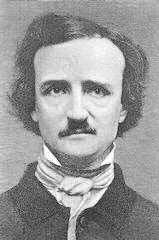 But this one is not the only famous case about literary coincidences. In 1838 Edgar Allan Poe wrote a novel called "The story of Arthur Gordon Pym from Naunticket" where he spoke about some sailors who succeeded to save from the shipwreck of their ship aboard a lifeboat. The younger of these sailors, Richard Parker, exhausted by hunger and thirst died and the others, in order to survive, heated his body. The creative fantasy of Poe ends here. On October 28, 1884, 46 years later, "The Times" brought back the news of the shipwreck of the Mignonette, during which four sailors succeeded to save on a lifeboat. The younger of them died and the others three feed themselves by his body. The name of that young sailor was Richard Parker.

Let remain in the 1800's in order to speak about a strange story that happened in 1893 to Henry Ziegland from Honey Grove, a city of Texas. Ziegland, who was engaged with a girl of the town, litigated and broke off the engagement. In order to defend the sister's honor, her brother lay in wait near the Ziegland's house and shoot him while he was working in the garden. Hit to graze at the head, the man fell to earth fainted and the bullet hit the log of a tree. The injurer, believing to be a murder, shoot himself and died at the moment. Twenty years later, in 1913, Ziegland was determined to widen the house and in order to make it, he needed to pull down that tree. To remove that tree he used dynamite that, bursting, ripped the log and launch that bullet that it was embedded inside by now two decades. The small piece of lead hit in full head Henry Ziegland who died on the blow.

Reports from the United States are full of unusual episodes. In 1899 the famous Canadian actor Charles Coghlan died for a heart attack while he was performing in the theatre of Galveston, in Texas, during a tour. The actor came therefore buried in a tomb inside the local cemetery.
On September 1900, less than a year since the burial, a strong hurricane beat down on the city of Galveston and the cemetery was one of the place more hit from a tremendous alluvium that took the roof of the tomb dragging the coffin in a close river and, therefore, in the Gulf of Mexico. Guided from the current of the gulf, the coffin circumnavigated entire Florida and came pushed towards north without that nobody had way to sight it. It was in a day of 1908 that some fishermen of the Prince Edward Island, the home island of Coghlan, in Canada, finally saw between waves that incredible "boat". Pulled to dry, large it was their surprise when they read on the coffin the name of their famous actor engraved on a little plate of brass. The coffin, therefore, had been sailing for 5,600 kilometers in order "to return" home. So Charles Coghlan was buried in the garden of the same church where it had been christened and where still today he rest in peace. 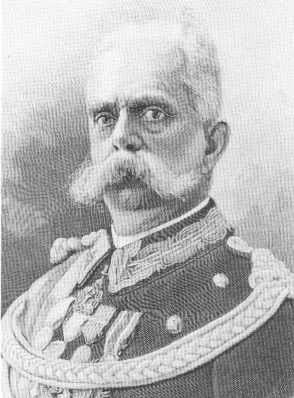 A singular historical coincidence happened also in Italy. On July 28, 1900, during a visit to Monza, a city in the Northern part of Italy, king Umberto came to know a restaurateur who looks like him very much. Speaking to him, the monarch discovered that both were born in the same date and at the same hour. Both had married a woman called Margherita and both had a son called Vittorio. Moreover, always for pure chance, the man had opened his restaurant the same day Umberto ascended to the throne. The king was amused from all that coincidences and, leaving his "twin", he said that he would like to meet him again. But it was not possible. The next day, cleaning up its gun, the restaurateur leaved a blow that, bouncing, hurt him mortally. The news arrived obviously to the police who communicated it to the monarch. King Umberto was a lot shaken from the incident and asked, between an engagement and the other, of being lead in the restaurant to present his condolences to the widow. But even that was not possible. At 10.25 p.m. of July 29, 1900, while he journeyed for the roads of Monza on an opened coach, king Umberto was hit to death from the blow of gun of the anarchist Gaetano Bresci.

It's indeed singular the case of the two Wanda, the story told from the "The Washington Post" in an article entitled "The case of the two Wanda". Wanda Marie Johnson was living in
Adelphi, in the Prince Georges County, and works as assigned to luggage in the Union Station of Washington, DC. A second Wanda Marie Johnson was living instead in Suitland, in Maryland, a town that it's also in the Prince Georges County, and she works as a nurse in the District of Colombia General Hospital in Washington.
Both the two Wanda were born on June 15, 1953, had been residents of the District of Colombia, are mothers of two children and possess a two doors Ford Granada of 1977, of the same colour. Not only that. The first eleven numbers of their cars' matriculation are identical, only the last three differ. Their driver's license numbers of Maryland are even the same one since they reported the same birth date. The result was that when the first Wanda has used services of the Howard University Hospital, where the other went also, troubles began. The case sheets of the two in fact were confused and only after many researches doctors understood that in effects in that hospital there were two Wanda Marie Johnson. Moreover the first Wanda was cited in order not to have paid some furniture that the second one had acquired. And nobody wanted to believe her. At the end the story was cleared and the truth has been re-establish.

The diamond in the fish stomach

Among the many coincidences that Anderson introduces to us there is also that one happened in the summer of 1979 in Norway, published from the local daily paper. Robert Johansen, fifteen years old, was fishing in a fjord when he captured a beautiful cod of ten pounds that proudly has carried to the grandmother Thekla Aanen for lunch. It can be imagined the astonishment and the commotion of the woman when, cleaning up the fish, she found in the stomach a diamond ring that she had lost fishing in a fjord ten years before. That jewel was a family memory that women handed on themselves generation by generation and, at the end, it returned home.

Also in England there are some odd stories. That evening Robert Tyler, captain of the British aviation, didn't like to return home too early. As soon as he left a pub, it began to take a walk on the desert roads of a London quarter enjoying the fresh air of the night. Walking without goal, at a certain point he was close to a church where there was a small cemetery. Then he started to walk between the old tombs and finally he saw a tombstone that captured his attention. Over it was written: "Lieutenant Robert Tyler, RAF, fallen piloting a Spitfire in the Battle of England, September 15, 1940". A cold shiver slide along the captain's back. Not only that official had his same name, but September 15, 1940 was also the date of his birth. 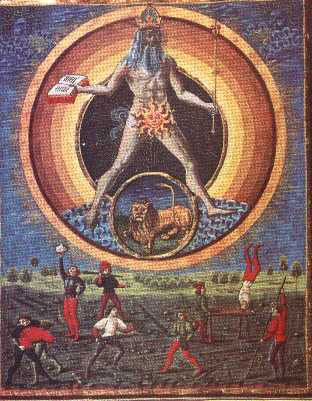 Sometimes coincidences are as well as strange to appear like premonitions. To experience a feeling like that was a teacher of an Australian High School who on October 1992 found on the notebook of Lisa Gannan, eighteen years old, usually a very cheerful and carefree girl, the following poem:

The normally effervescent Lisa could not explain to the teacher why she wrote that sad poem. She said only that it was an inspiration, but two weeks later she was dead. A berserk gunman had killed her, her sister Kerry and their father, Tom.
Premonition or coincidence?